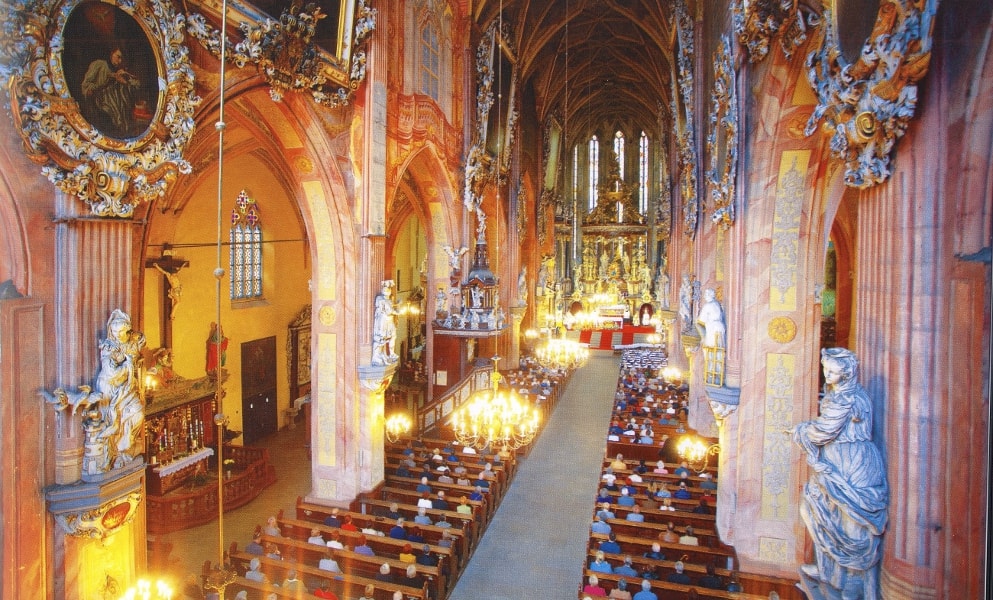 The Gothic cathedral in Świdnica, formerly Jesuit, boasts the most lavish interior decoration and fittings of all Jesuit shrine in the Czech province. The ideological content of the churchs interior decoration is based on the decrees of the Council of Trent. The altar with the tabernacle became central piece a centre of Eucharistic adoration. Special importance in Church of Virgin Mary is reflected by myriad of motifs in the altar orna-mentation and through adoration of Virgin Mary icon practiced sińce the Middle Ages. The imagery of the interior also reflects cult of saints from the Jesuit order and missionary activity of Jesuits in the world. Jesuits tried to delight all senses through the architecture, paintings, musie, theatre, poetry, lavish liturgical service of the Mass, religious and scientific publications, scientific research papers and missionary publications. Jesuits adopted a group of motifs and iconographic patterns specific for their churches and colleges. This was the first order which adopted HIS symbol as their emblem in architecture, art and publications.